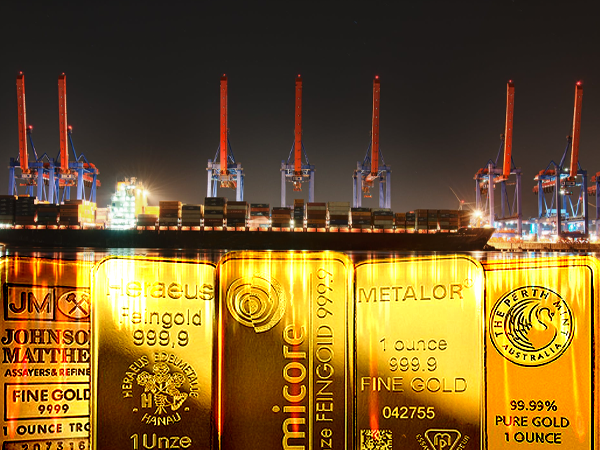 Photo by Rohkroh | CC BY | Photoshopped

This week, Your News to Know rounds up the latest news involving precious metals and the overall economy. Stories include: Safe-haven assets will seize the spotlight, gold prices will keep rising this year, and U.S. Mint seeks redesign for its American Eagle coins.

Tariffs or Not, Safe-Haven Assets Will Seize the Spotlight

Gold rose and equities fell on Friday after it became apparent the latest round of trade talks between the U.S. and China would lead nowhere. According to an article by Kitco, President Trump further sparked tensions by vowing to place tariffs on some $325 billion more of Chinese goods. It would be a follow-up to higher levies that have already been placed on around $200 billion’s worth of Chinese exports.

Analysts agree that the standoff between the two economic powerhouses is a markedly positive development for gold, even if the metal’s price has yet to see lasting impact from the conflict. Kitco’s Jim Wyckoff said that few can imagine a peaceful resolution to the trade war, while FXTM market analyst Han Tan took special note of Trump’s threats. According to Tan, the markets are waiting for further confirmation of additional tariffs, which would send gold prices flying.

While beneficial, Capital Economics markets economist Simona Gambarini doesn’t think that the U.S.-China trade conflict will be the primary driver of gold prices this year, reports Kitco. Instead, Gambarini points to a brewing growth slowdown, both in the U.S. and globally, as a key tailwind to look out for.

According to the article, other analysts have previously stated that China’s retaliation could come during a time of domestic economic stagnation, aggravating the effects of each. Gambarini concurs, stating that investors will increasingly shy away from risk assets and move towards haven options. These will be in short supply, said the analyst, as Treasuries and government bonds around the world lose much of their luster. Gambarini’s firm thinks this will be enough to send gold past $1,400 an ounce by the end of 2019.

In a recent interview with Kitco, Neil Pereira, principal investment officer of the International Financial Corporation (IFC), said that gold will regain its momentum and continue posting wins throughout 2019.

Pereira hasn’t paid much attention to the recent lack of price movement, as the executive believes that various tailwinds are combining to send the yellow metal soaring. The Federal Reserve’s policy U-turn could be the most important one, said Pereira, as it removes a major perceived hurdle for gold.

James Bullard, president of the Federal Reserve Bank of St Louis, recently said that a rate cut is looking more and more appealing as an economic solution. After years of successive rate hikes, the CME FedWatch Tool shows that markets are now pricing in a 50% chance that the Fed will slice rates before the end of this year. Pereira thinks the impact of the Fed’s dovishness is clear, as he attributes a good part of gold’s exceptional Q1 performance to long-term expectations of lower rates, reports Kitco.

Besides lesser rates, Pereira said that heightened bullion demand from central banks will likewise support prices. The executive told Kitco that the recent trend of central bank purchases is reflective of a broader shift towards gold at a time of uncertainty.

After more than 30 years in circulation, Coin World reports the recognizable American Eagle gold and silver coins could finally be scheduled for a revamp. The U.S. Mint recently pitched a new design for both coins to Treasury Secretary Steven Mnuchin and is currently waiting for the secretary’s approval.

Although it would be the first true redesign in over three decades, this wouldn’t be the first time a design change was suggested for the Eagle’s appearance. In 2014, the Citizens Coinage Advisory Committee proposed a new look for the Silver Eagle’s reverse to the Mint based on an earlier draft for the 2015 U.S. Marshals Service $5 gold coin.

Both Eagles have held onto their appearance since the fall of 1986, when new artwork for all four sides was introduced. Pending Mnuchin’s approval, it isn’t yet known which designs the U.S. Mint is considering for each of the four sides. In their present form, the Gold Eagles feature an adaptation of sculptor Augustus Saint-Gaudens’ Striding Liberty on the obverse and Miley Busiek’s Family of Eagles on the reverse. The Silver Eagles sport an homage to Adolph A. Weinman’s Walking Liberty on the obverse and carry former chief engraver John Mercanti’s Heraldic Eagle on their reverse.

By submitting this form, you agree to receive automated text messages. This agreement is not a condition of any purchases. Msg & Data rates may apply. Reply STOP at any time to unsubscribe.

Get weekly updates on Gold and Silver. Sign up to receive our free market update email.

The clock is ticking... Photo by Artem Kniaz
Social Security to Be Drastically Cut, Here’s When

Photo by Zlaťáky.cz
With Stagflation Ahead, How Will Gold Respond?

Request Your Free
Info Kit on Gold
20 Pages of "Insider" Info on Gold & Silver
Learn How You Can Diversify Your Savings Today
By submitting this form, you agree to receive automated text messages. This agreement is not a condition of any purchases. Msg & Data rates may apply. Reply STOP at any time to unsubscribe.